Another day, another write up on tweety CTF challenge from tryhackme. This challenge is a bit special where the challengers have to do some searching out of the box. The hint is in the title, tweety from looney toon or tweety as twitter. Well, we will see.

You have only one task for this challenge, capture the user and the root flag.

First and foremost, fire up your nmap with the following command.

Time to launch your gobuster to search for the suspicious directory on the Apache server. 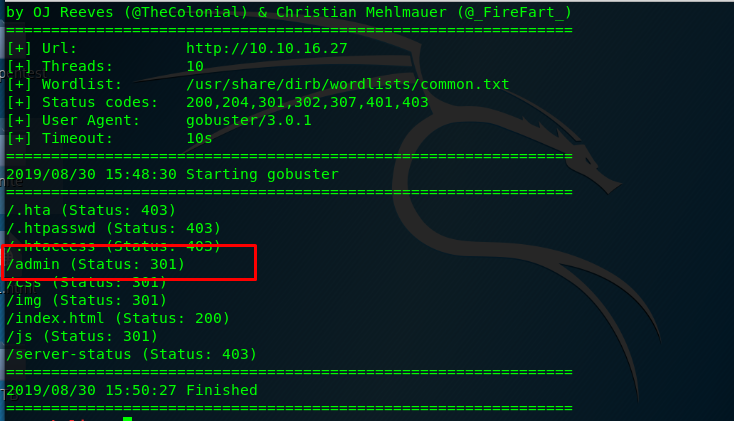 Huh, look like the /admin directory look interesting. Let’s get it on.

Uh-oh, looks like the webpage has been pwned. No login page, no brute force. What can we do now? Inspect the page does not give us any clue. Huh……………… tweety…………………… Maybe the picture contains some information within it. Download the picture and upload it to your famous image metadata viewer. Maybe you can try Jeffrey’s metadata viewer.

Well, we are now called as batman. Enough BS, download the file with the given link. .pcapng is a type of network packet capture file where you can open this file using the Wireshark or any relevant network packet reader tool.

After opened the network packet file with Wireshark, all the messages are either encrypted with TLS or just a flow of TCP frame.

It took me some time to read the log one by one and suddenly I found something interesting.

After that, right-click the packet and select follow>TCP stream.

We got a file inside Sammy’s FTP folder. The file read as.

Hail hydra!!! The password for Zach is now revealed. Next, we are going to log in to the SMB server (There are lots of ways to do that such as smbclient but I prefer the GUI). 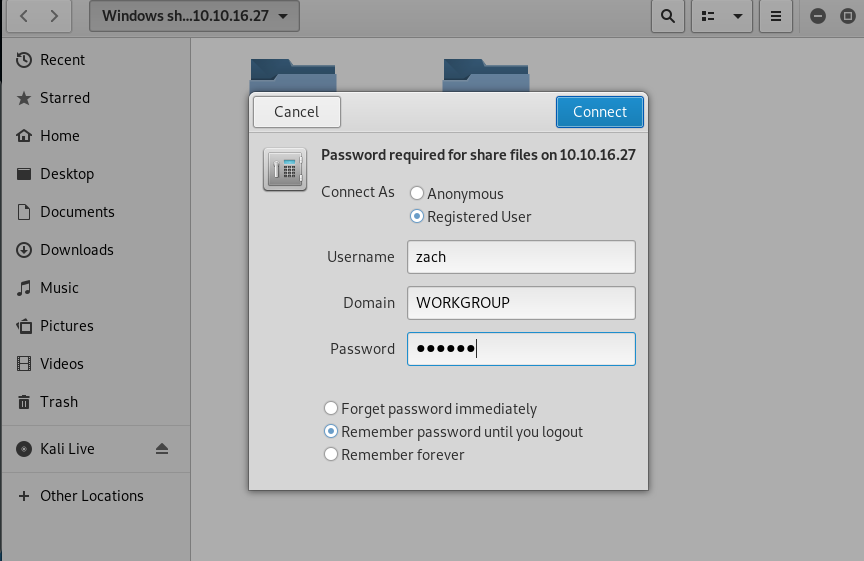 Make sure you enter the correct password for Zach. After that, another text file will be shown on the SMB server. Open it up and get the following hints. 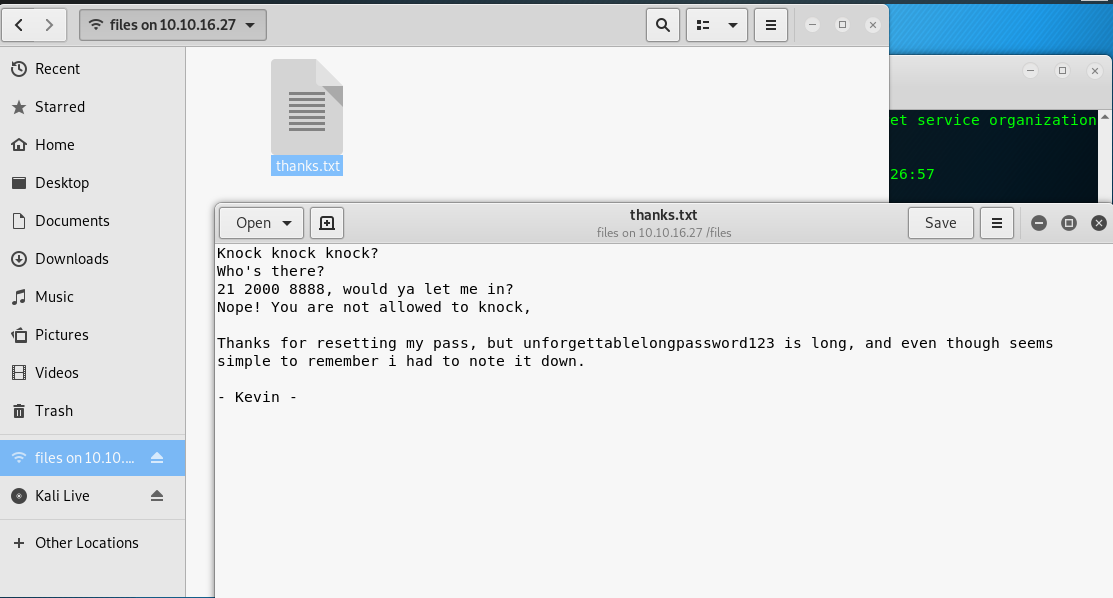 We now obtain the login credential for Kevin. How we gonna use it? 21? Yes, port 21 a.k.a SSH port. FYI, the SSH port for the machine is located on port 81. Simply login Kevin’s ssh shell using the following command and then the password. 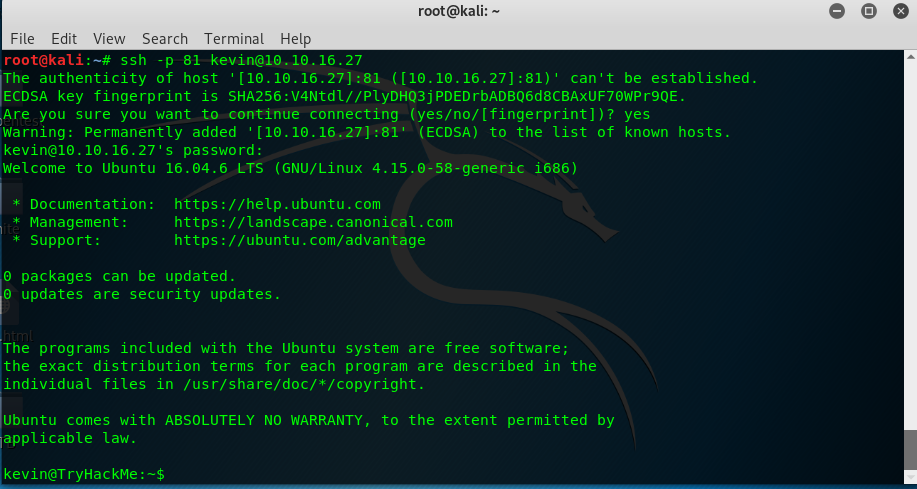 User Kevin has been pwned. Let’s search for the user flag now. 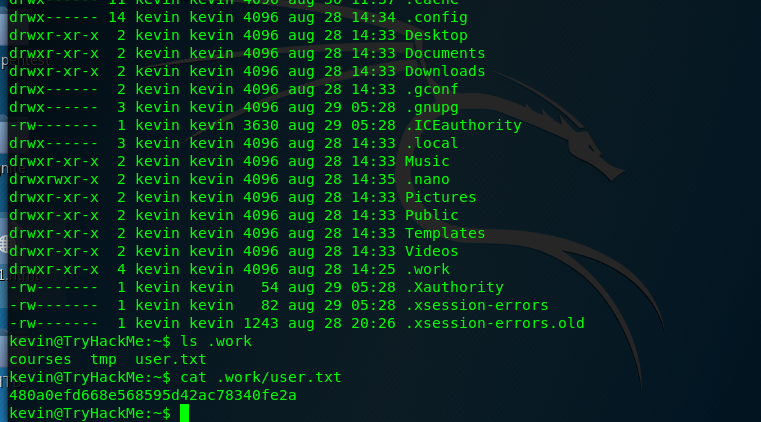 The user flag is located inside the hidden directory called work. Let me semi-congratulation you.

This task almost took me almost 8 hours, how silly me. Thanks to Mr.Seth (creator of the room) who provided me a tiny piece of hints on this challenge. The hints are list / and symlink. Let’s get into the first hint, the list / or ls / in Linux command. 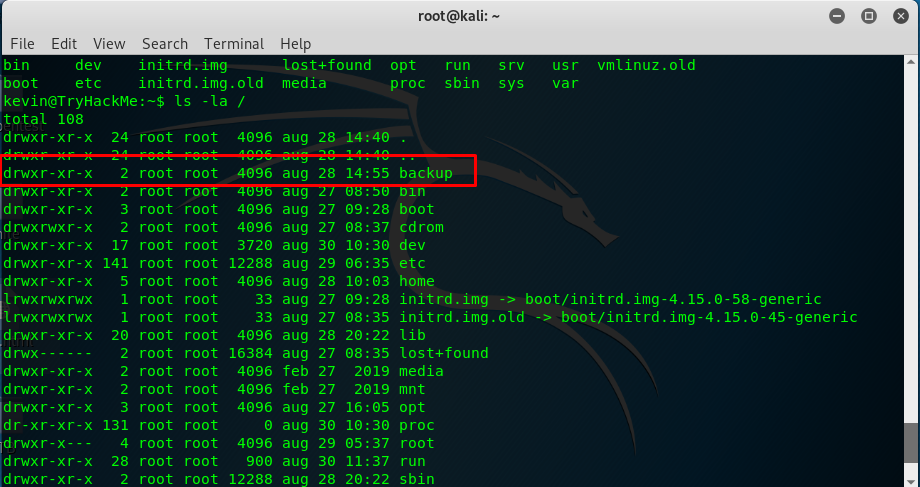 The backup folder looks suspicious and this folder is normally not in the freshly installed Ubuntu.

A ‘timed’ script inside the folder huh. Talking about ‘timed’ script, cronjob might the possible explanation. Let’s look at the cronjob in /etc/crontab. 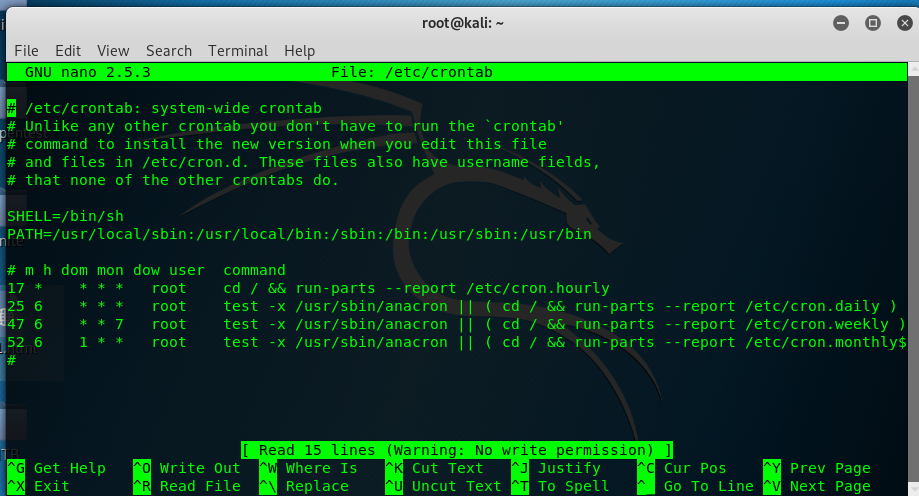 There is nothing out of the ordinary. We need root permission to run the backup.sh script. However, all the cronjob files only restricted to the root user. Actually there is another way to run the script and the answer is waiting. How long are we gonna wait? Actually is 1 hour by doing nothing and the backup.sh script will run automatically. If you find an alternative way to speed up the script cronjob, let me know ya.

At first glance, the script is possibly vulnerable to [tar wildcard] (https://www.hackingarticles.in/exploiting-wildcard-for-privilege-escalation/) injection. If you think like that, you are totally on the wrong path. You won’t be able to execute the checkpoint if given the following line tar -czvf tmp/backup.tar.gz courses/*;. The tar will read course/–checkpoint=1 instead of –checkpoint=1.

Notice the above script, the last line. At the end of the extraction, all the files and folders will give full permission to the user. Which mean all the files and folders with restricted permission such as /root will change into mode 777 or full permission. How we gonna do that, copying the /root file? Well, that not going to work as executing, reading or writing /root directory does not allow for user Kevin.

This is where the second hint takes its action. The all-mighty symbolic link or symlink. The following line shows the basic usage of symlink in Linux machine.

For example, I have a text file in Kevin directory called hello.txt and inside is called ‘hello world’. Then we create a symlink of the hello.txt file inside the temp directory as hihi.txt. 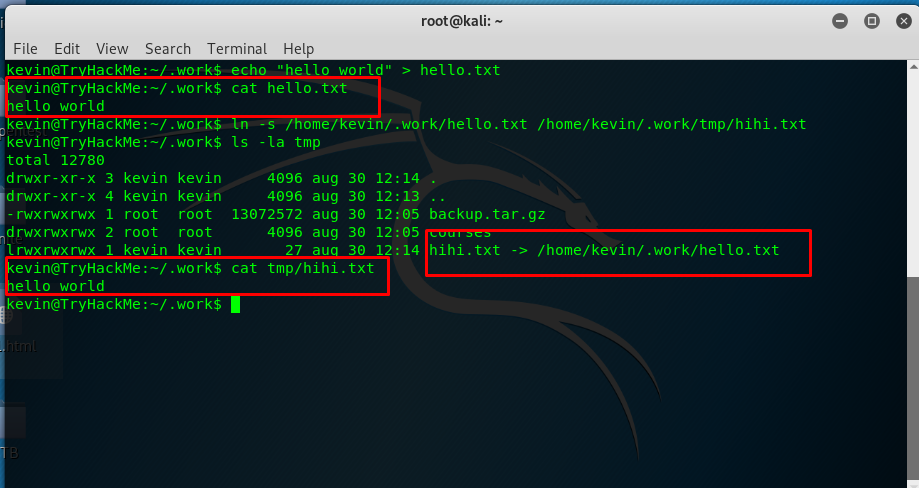 As you can see, the hihi.txt act like a ‘shortcut’ for hello.txt and this is how symlink works. Symlink basically can save a lot of disk space especially you need to sync files into your dropbox folder.

After that, wait for an hour or having an hour of a coffee break. The /root file can be accessed.

Congratulation, you are now rooted the machine.

That’s all for the wonderful tryhackme tweety CTF challenge. Sometimes we need to think out of the box. Hope you enjoy the write-up and see you again ;)