On the last post, I talked about using the hashcat to crack various type of hashes. This walkthrough will heavily depend on the hashcat and ophcrack tool. ophcrack is basically a window password cracker based on the rainbow table. Without further ado, let’s begin the walkthrough.

This time we are not going to use any dictionary to crack the hashed and brute force attack is used instead.

Simply punch in the following command (for window 64-bit):

All the brute forced mask can be explained as below:

Similar to the part 1, you need to add extra one mask in the command:

To perform a combination attack, simply change the mode (-a) to 6. The command for the attack is shown on below:

This part is a bit tricky, you need to combine/join both dictionary into 1 because the attack mode (-a 6) only can take 2 arguments. To combine the dictionaries, you are required to download the hashcat-util for the combinator executable file. After that, combine two dictionaries by simply punch in this command:

Now, you get a new dictionary called cityColor.txt (I’m copied it to Dict directory). After that, crack the hash using the following command:

Similar to part 2, combine the dictionaries using the combinator.exe and then crack the hash using the following command:

This task is straight forward. Download the ophcrack and the table (XP special, 8.0GB). Yes, is 8.0GB, download it if you have any spare data or your data plan is absolutely unlimited. 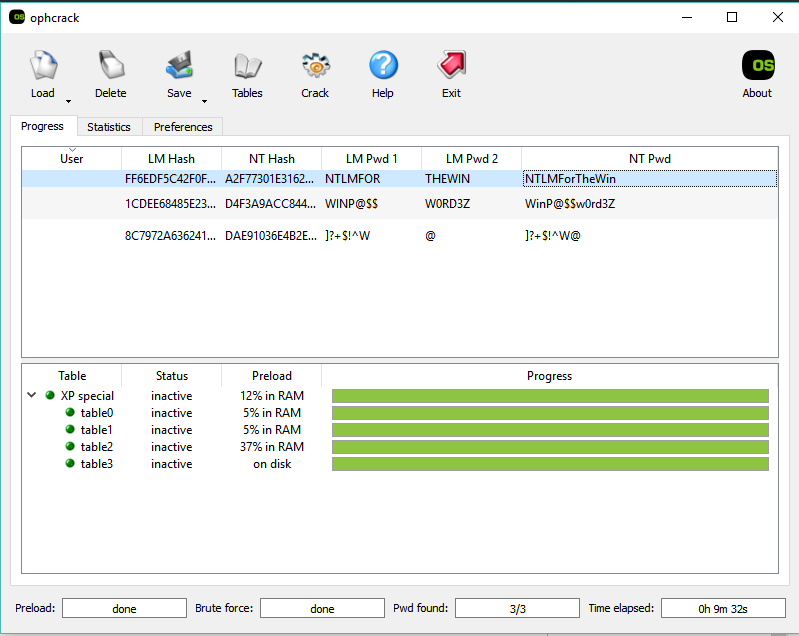 That’s all for the walkthrough. Hope you learned something new. Have a nice day :)